Gray mottling discolorations occasionally occur in new white plaster swimming pools, and cause of this plaster defect is being incorrectly assigned.

Gray (also spelled “grey”) or darkened blotchy discoloration of cement flatwork is known to be caused by several improper practices, including the addition of calcium chloride to the mix (even less than 2%), late hard troweling, and sometimes a cement material issue can lead to this problem (Concrete Slab Surface Defects: Causes, Prevention, Repair Portland Cement Association 2001).

Although some discolorations are the result of metals precipitating and depositing various color residues onto the plaster surface, these are referred to as surface staining. Usually, this type of staining can be easily and safely removed from the surface by acid washing, sanding, using sequestering or chelating chemicals, or other stain removal products.

For this article, we are discussing a blotchy or streaky gray discoloration that develops during the first few months, a discoloration that is difficult to remove, and is often incorrectly termed as a “hydration problem” or “entrapped moisture.” This type of dark discoloration should not be confused with metal or mineral staining.

NPC representatives, Greg Garrett and Randy Dukes, incorrectly claim that aggressive water or improper water chemistry startups causes the graying discoloration (NPC Jan-Feb 2004 & Fall 2007 newsletter, Techlines 7th Edition). There is no research study that supports their theory, not the Arch Study, the NPIRC studies, nor even references in the NPC Tech manual. Sadly, these incorrect claims enable pool plasterers to avoid responsibility for improper practices, and place blame on to innocent service techs or pool owners.

Interestingly, to remove gray discolorations, Mr. Garrett and Mr. Dukes suggest that service techs perform a “zero alkalinity process” (a.k.a. significantly aggressive water with a Saturation Index of -4.0). If aggressive water is used to lighten gray mottling, how is it that slightly aggressive water caused white plaster to darken and turn gray, and in a blotchy, streaky, or spotting fashion in the first place?

Acidic treatments are an undesirable and improper suggestion for the service tech or pool owner to perform on a new plaster job. While the zero alkalinity process may occasionally lighten gray discolorations, it sometimes doesn’t work, or the gray color returns soon afterwards. But the most unfortunate point is that the plaster surface WILL BE ETCHED after the zero alkalinity process is performed. Interestingly, the two NPC consultants have stated (conveniently at a different time or venue) that the worse thing you can do to a plaster surface is to maintain pool water with slightly aggressive water and etch it!

But how unfortunate for the service tech and pool owner (and convenient for the plastering consultant) if the gray discoloration isn’t removed by the acidic process; because it will become difficult proving that it wasn’t aggressive water that caused the gray discoloration in the first place. We suggest that service techs not perform a zero alkalinity process, because if performed, the service tech will probably end up “owning” that discolored plaster job, and the pool plasterer may avoid being held responsible.

Gray mottling of new plaster pools is sometimes accompanied with “white spotting” or “soft spots” (also incorrectly called “spot etching” or “etching deterioration” by the NPC). Research by independent cement laboratories have documented that white spotting and streaking is not the result of an aggressive (etched caused) condition, but is caused by improper workmanship practices and troweling techniques (such as adding lots of water while troweling) which results in localize areas of greater porosity (soft areas or spots) on the plaster surface.

Not surprisingly, Mr. Garrett and Mr. Dukes have also claimed that white spotting is caused by aggressive water. Yes, it is incredible that they claim that aggressive water causes both graying and white spots. Again, they have not produced any study that supports their position on this type of defect or discoloration. We caution service techs and pool owners not to be fooled or intimidated by these false and unproven claims, and to not accept the responsibility to attempt to remedy this plaster defect.

It would be a gesture of goodwill and unity if the NPC leadership would put a stop to this unfair victimization of innocent service techs and pool owners. 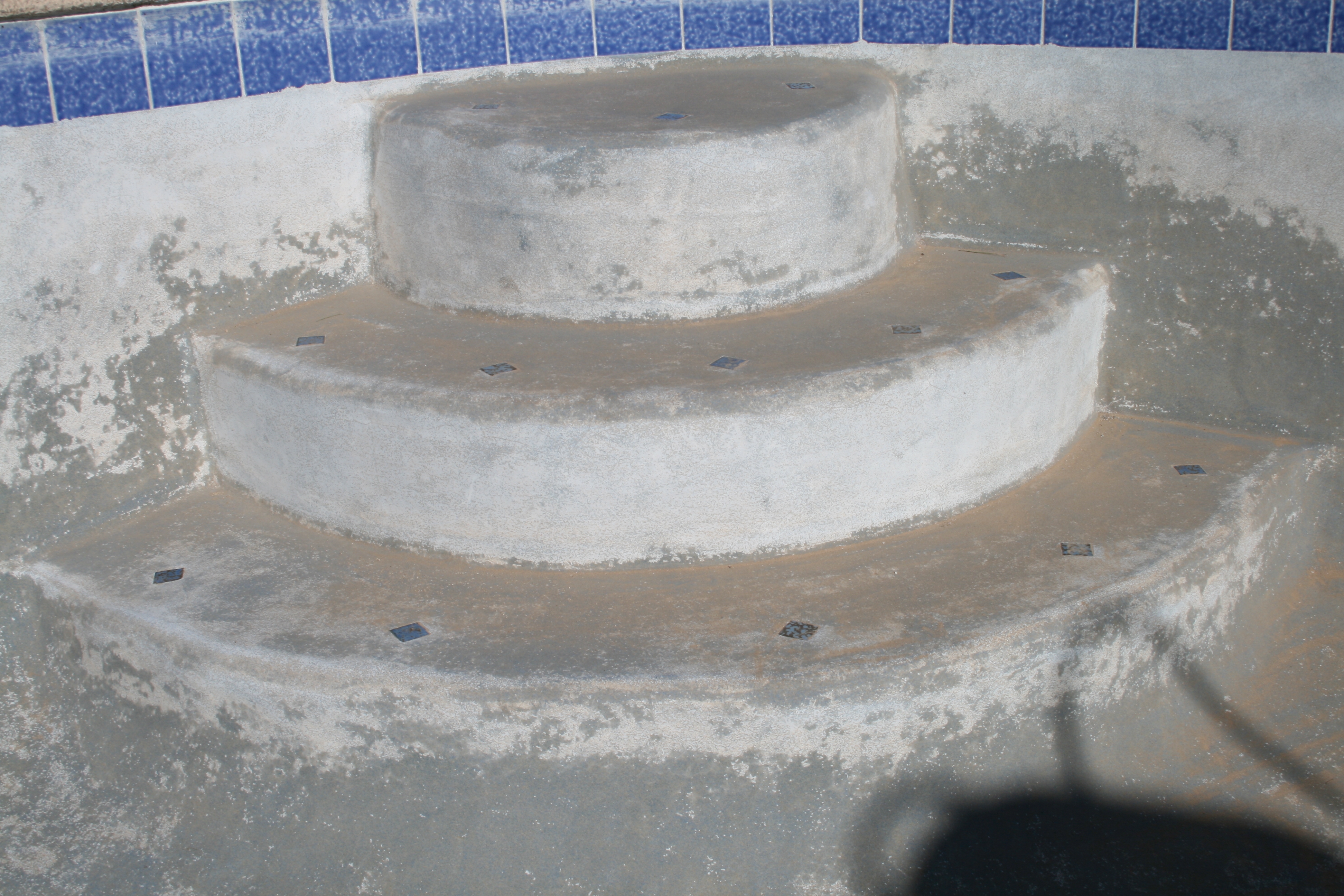