If NPC leaders would just acknowledge what improper plastering practices do to pool plaster, there would not be a controversy within the industry - and there would be fewer plaster defects and discolorations occurring.

Case in point: Adding calcium chloride (hardening accelerator) to plaster and water troweling enables pools to be plastered faster and easier. But adding calcium chloride (CC) to a color pigmented plaster can also lead to blotchiness and mottling, which pigment manufacturers and the Portland Cement Association (PCA) warn about. 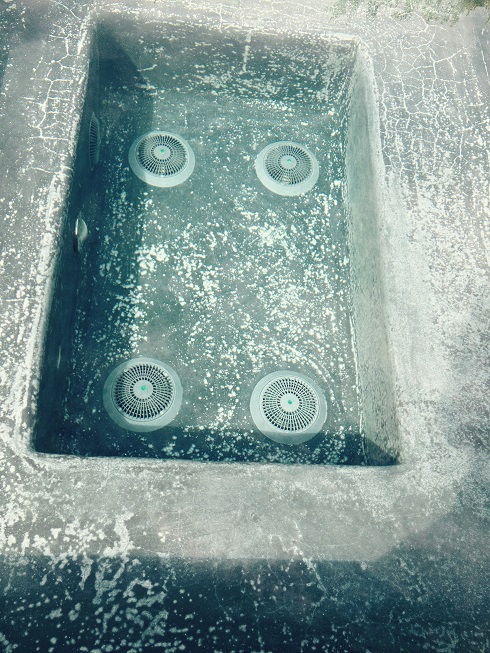 Even the Cal Poly/NPIRC test pool studies on color pigments provided confirming results. Test pools that had only one percent CC added to the colored plaster sections had significant discoloration. How can the NPC leaders ignore and not acknowledge this information to their own members?

Amazingly, the NPC/APSP writing committee refused requests to warn against the use of CC with color plaster in the new Plaster Standard, and stated that “the issue is simply one of aesthetics, and not durability.” So plaster discolorations don’t matter and are acceptable? And it does negatively affect durability also.

The NPC has been known to promote the use of a “Color Plaster Waiver” agreement (between plasterers and pool owners) which states that blotchiness, streaking, and hairline cracks are normal and issues that plasterers have no control over.

Isn’t that amazing? NPC leaders are aware that excessive CC and water troweling can cause unsightly discolorations, surface cracking, and other weaknesses, yet (falsely) state that plasterers have no control over those issues, and that they are normal. Yet, when the pool owner complains of a discolored plaster surface, the plasterer often blames the service tech or pool owner for not maintaining the pool water properly – and they can use NPC literature as support.

(The above discoloration problems should not be confused with calcium scaling which is caused by out-of-balance water and usually results in a white deposit that later turns gray/brown due to dirt and minerals adhering to the scale).

One has to wonder if the NPC leadership realizes that allowing inferior practices helps and benefits the poor quality plasterers by not holding them accountable. Quality plasterers know that adding CC causes problems, so they don’t use it (or very little), and make the effort and take time to finish pools properly.

Years ago, the NPC set a maximum limit of 2% CC to the weight of cement. Yet, the NPC now refuses to set any limit for CC additions and water content for white or color plaster in their new Plaster Standard. Apparently for pool plastering and discolorations; the new NPC motto is…… anything goes.